Hoax With a Smile

Alan Abel was a professional jazz drummer, comic, writer, campus lecturer, filmmaker, satirist and prankster who made a point in his work of challenging the obvious and uttering the outrageous.

Alan’s first major hoax, the Society for Indecency to Naked Animals, or SINA, took place in 1959 and enlisted the help of Buck Henry.

Yetta Bronstein, a New York grandmother, ran for president on a platform of flouridation, sex education, a national bingo tournament, and replacing congressmen’s salaries with commissions.

Taxpayer’s Anonymous demands to examine the IRS’s books and records and ordered the government to bring all of its cancelled checks to Abel’s house.

Members of the press were invited to attend an Olympic-style competition which was billed as the most “shocking sporting event ever to be staged.”
^

A large group of reporters were in attendance at the NYC press conference where “Howard Hughes” announced he would be cryogenically frozen and returned when the stock market peaked.
^

Alan Abel posed as a former White House employee who supposedly had the infamous 18-and-a-half minute gap missing from the Watergate tapes.  He was shocked to find his tape had also been erased when playing it for reporters and cameramen.

Alan created a character named Omar, the founder of a School for Beggars that taught people how to panhandle professionally.

An actor posed as Deep Throat and met with reporters at the Hilton Hotel in New York City to explain his involvement in feeding Woodward and Bernstein information.

Alan Abel successfully faked his own death by getting his obituary published in The New York Times, where he was called “a satirist.” For his second death, the Times called him an “Ace Hoaxer.”
^

Oil on the Court

An unofficial official called four plays at Super Bowl XVII before being chased down the sideline by a cop.
^

As a commentary on recidivism within our nation’s prison system, Females for Felons, a group of former members of the Junior League who provided sex to men behind bars for rehabilitation, was formed.
^

Seeking to poke fun at the sensationalism creeping into the talk show genre, Abel had several plants in the audience of a live national show. Each one would collapse as Phil approached them with the mic. The studio was evacuated in fear of a gas leak.
^

Mehdi Bahremani, an Iranian arms merchant who made six million dollars in commission on the sale of U.S. arms to Iran summoned the media to announce that he wanted to give the money back. All major media attended the press conference. The story was never questioned and it wound up on the national news.

When the news got out that an attractive single woman had won the state lottery and was “making it rain” at a Manhattan hotel, reporters were all over the story.
^

When former Klansman David Duke was running for governor of Louisiana, Alan formed the KKK Symphony Orchestra to promote a “kinder, gentler” image of the Klan. Duke actually accepted an invitation to their concert.
^

As a favor for a college student looking for work, Alan placed an ad in the Village Voice offering the student’s kidney or lung for $25,000. They were inundated with calls.

Alan formed a fictitious cruise line called Euthanasia Cruise for people who wanted to expire in luxury. Tickets were one-way only.

Alan appeared on the Jenny Jones show with his “wife” who glued his penis to his butt after she found him in bet with another woman.
^

A man named Stoidi Puekaw marketed “Jenny’s Pint O’ Pee” after a controversial ad starring Jenny McCarthy. He claimed that there was a warehouse filled with 500,000 cases of her urine stored in Mexico, packaged and ready for shipping.
^

Alan answered a casting call for documentary about men’s genitalia. He claimed to have the smallest penis in the Guinness Book of World Records. The producers fell for his story and made him a featured subject in the film.
^

Abel founded a conservative group that sought to abolish this act of immoral perversion.

When the national Powerball Lottery reached $365 million, the biggest jackpot in American history, Alan took the opportunity to dust off one of his most successful hoaxes.
^

Every family should weigh in at the post office, on or before April 15th, and pay $5 a pound for each member, including pets. This aggregate amount will give Uncle Sam as much, if not more, than taxing income.
^

Alan staged an informal picketing of the White House to protest Homeland Security’s use of a color code because color-blind citizens would not be protected.

We have it on good authority that he really died. 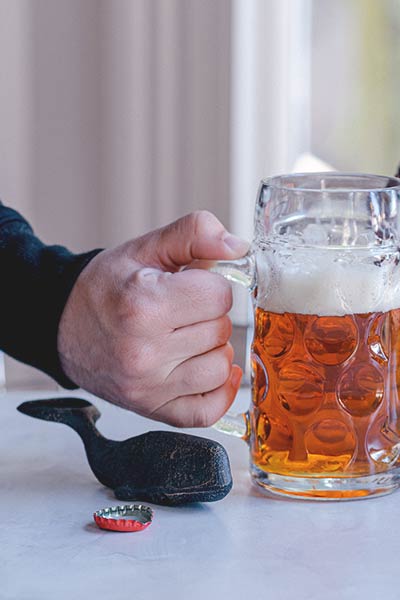 Alan Abel’s friend and co-conspirator, Buck Henry, was versatile writer, director and character actor who co-wrote and appeared in “The Graduate, and “Heaven Can Wait.” He also created the classic 1960s spy sitcom “Get Smart” with Mel Brooks. Short and deceptively mild, wearing black-rimmed glasses, Henry was an established film and television writer who became widely recognizable during the early years of “Saturday Night Live.” He hosted numerous times and played such memorable characters as the creepy babysitter Uncle Roy and the father of “Nerd” Bill Murray. His gift for satire and knowledge of current events fit perfectly with the brash outlook of the young cast and writers. “SNL” producer Lorne Michaels would praise Henry for teaching him “a whole other level of things.”

All Profits Go to Charity

A kidney transplant is a surgical procedure that’s done to treat kidney failure. The kidneys filter waste from the blood and remove it from the body through your urine. They also help maintain your body’s fluid and electrolyte balance. If your kidneys stop working, waste builds up in your body and can make you very sick.

Lung transplantation, or pulmonary transplantation, is a surgical procedure in which a patient’s diseased lungs are partially or totally replaced by lungs which come from a donor. Donor lungs can be retrieved from a living donor or a deceased donor.

Look for the SINA Label

Clothes can hide your dog’s body language and you are likely to miss signals he displays when meeting another dog at the park or during a walk. But decency today means morality tomorrow.

There is a long tradition of very specific functional clothing for animals. Ancient Greek armies would put leather boots on the feet of their horses to protect them against snow. Police animals can be dressed in fluorescent covers.

But pants will stop the panting.

Pull Up Your Pants

The Key to Earning Hundreds of Dollars a Week

Omar Rockford, founder of Omar’s School for Beggars, teaches out-of-work men and women how to creatively panhandle for a living. Successful, high-income begging on the streets requires imaginative deception. Omar demonstrates hundreds of foolproof methods in this handbook. You’ve got to have a glib tongue, a sense of urgency and a believable story – also proper dress and courtesy are a must. The first few weeks can be rough, since one isn’t easily adjusted to the embarrassment of being turned down. It takes about a month to become a real pro and practice does make perfect. With this practical guide, you’ll never need to work a real job again.

He who is valiant and pure of spirit may find the

Holy Grail in the Castle of